The pilot project is categorized as a process optimization project. SAS Ground Handling aspires to improve the customer experience in the Ground Handling area by increasing the number of on-time luggage at Copenhagen Airport. 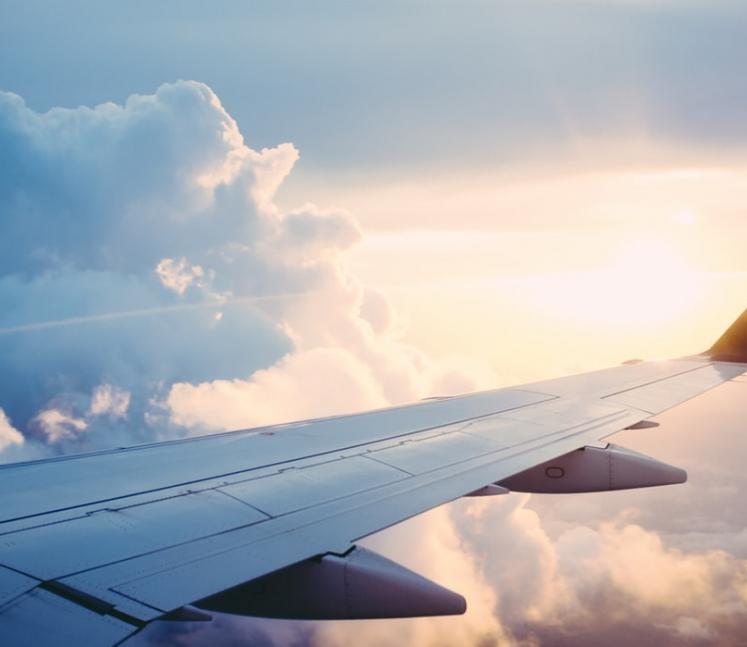 SAS Ground Handling is the largest Scandinavian ground handler, processing more than 20,000 pieces of luggage and 35,000 people on 400 flights daily at Copenhagen Airport alone. The company is part of SAS Group and has an average employee tenure of more than 12 years.

SAS Ground Handling takes care of all ground operations ranging from connecting gates to airplanes, unloading and loading airplanes, to transferring luggage to the aircraft or conveyer belt. The work intensifies in summer holidays from June to August and the winter holiday from December to February where the number of travellers and odd-size luggage increases.

The organization has already created significant impact by reducing the number of delayed transfer bags from 20 per 1,000 in 2014 to 12 per 1,000 in 2016. The target for 2017 is to reduce the number of delayed transfer bags even more to eight delayed bags per 1,000 transferred bags, which was to be achieved using the Half Double Methodology. The target was believed to be ambitious, yet realistic, taking the conditions and development of the current infrastructure, working environment and traffic program into consideration.

With the decreasing prices of commercial air traffic, resulting in a boom of passengers, SAS Ground Handling faced issues of capacity limitations due to the infrastructure of Copenhagen Airport. In addition, SAS Ground Handling was challenged by deviations from standard procedure, caused by irregularities such as faulty equipment, lack of equipment, and resource volatility. To achieve their objective, SAS Ground Handling had to rethink its current operations and find improvements in its already established processes.

The three core elements of the Half Double Methodology, Impact, Flow and Leadership, were specifically tailored to fit the project and the SAS Ground Handling (SAS GH) organization which came to life in practice through the following efforts.
Impact case: SAS GH impact case was very quantifiable which made impact tracking realistic and tangible. The impact case was visualized and deeply embedded in the entire process. Because the impact was easily measured, the team could track the improvements throughout the project, which proved motivating for the team and helped keep them on track and focus fiercely on impact rather than deliverables.

Reduce time to impact by jointly prioritizing the hypotheses leading to highest impact: Following the reduced time to impact mindset, the project was launched with an Impact Definition workshop. This was made possible through the three initial project owner meetings before the actual project start-up (please refer to “active project owner section”). By making sure key players, related to the process that was targeted for optimization, were involved from the start, it was possible to focus more on impact and solution than ways of working at the Impact Definition workshop.

After the first three executive meetings, the impact solution design process was started with key stakeholders. The project was discussed in the senior management of SAS GH; at the initial dialogue meetings, it was decided to involve key players in an impact definition workshop to define the impact case and prioritize the hypotheses that could lead to impact. The workshop used an approach of mapping the process where there could be opportunities for creating impact. Then the team listed hypotheses under each step in the process. Finally, each team member placed a number of stickers on the hypotheses they had faith in. The two hypotheses with the most stickers were selected as focus for the next two impact solution design workshops. This method was a way to create joint commitment to the priorities.

To support the project flow, it was agreed – at the workshop with the key players – that the core team and project leader should be colocated in a “war room” two full days per week – Thursdays and Fridays. This way, the project work had high intensity ensuring progress in the project and reducing time to impact. As this project had the potential to reduce costs significantly, whilst improving customer satisfaction, the experience of the project leader was vital. The CEO and project owner chose the project leader himself ensuring the best fit for the project. The manager had experience from operations and had been with SAS for more than 15 years, which proved vital in the understanding of key processes.

In this case, the Project Management Office was the Lean office and care was taken to involve union representatives in the project. At the impact definition workshop, it was agreed that several sub-groups of key insiders (e.g. union representative) should be closely involved to support the new way of working. These employees could provide important knowledge about processes, and as opinion leaders, they drove the implementation and feedback.

Measure and create stakeholder satisfaction by taking the pulse of the project: 80% percent of the meetings included a pulse check enabling the project leader to track the level of energy and satisfaction across its stakeholders. The pulse checks were followed up by sessions where results and improvements were debated. Furthermore, this served as a way to continuously keep the discourse on impact instead of deliverables or activities.
Intensity project work and colocation design to enhance impact – Core team designed to smaller and cross-organizational groups: The core team consisted of 10 closely knit people. One of the project participants said: “At SAS Ground Handling we’re like a family – most people have been here for 20 years”. The close relationship was further reinforced by a 40% colocation in a dedicated project room. The project rooms allowed issues to be dealt with on the spot rather than being postponed until the next formal meeting. This helped reduce the project lead time.

Increase responsibilities to enable impact focus and realization: The project was characterized by trust, cooperation and purpose. This gave the project team the autonomy and direction needed to work and coordinate independently which was experienced as engaging and induced a sense responsibility among the participants.

Active project ownership: To ensure the sponsorship of the executive management, a series of three meetings was set up with two senior representatives from Implement Consulting Group and the CEO of SAS Ground Handling to launch the project. These meetings laid the foundation for the problem to be solved, the expected impact of the project and next steps in initiating the project. To keep momentum, the CEO of SAS GH was chosen as Project Owner. He followed the project with meetings in the colocation room every two weeks. At the meetings, he focused on impact in the initiatives and handled current issues with the core team. He also participated in large workshops to design and approve the actual solutions to optimize the luggage handling process.

Reflective and adaptive mindset: Formulating the mindset made it possible for the impact solution design workshops to focus on contributions to the scoping of the project. Ten hypotheses to reach the target of eight per 1,000 transfer bags were developed; only two of them were selected to focus effort and scope. This step was key in securing stakeholder alignment and ownership, and in driving the focus on impact throughout the whole project.

Adaption to governance: To gain full effect, SAS Ground Handling was willing to go all in on the Half Double approach from the start. Overall governance was discussed at the impact definition workshop, and it was decided to run the project with less reporting and more face to face meetings than usual. The project quickly adopted the reduced time to impact mindset, and it soon became a part of the corporate DNA.