The pilot project was initiated in response to the learning from the first five automation projects where the capacity was added in addition to the current semi-automated production cells by adding fully automated cells based on robots. 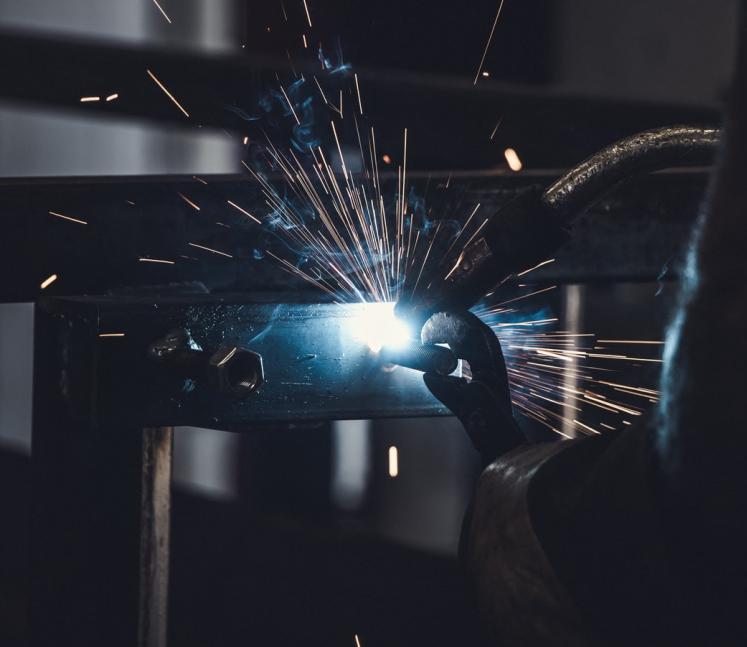 LINAK is a privately-owned Danish manufacturing company specialized in linear actuators. The CEO and owner, Bent Jensen, took over from his father in 1976; since then the company has expanded from seven employees to more than 2000 in 35 countries.

Given the history of the company, there is a strong culture and great pride in the success that the employees create, and with an important presence and significant production in the small town of Guderup in Southern Jutland, the company represents the best of Danish manufacturing.

LINAK is divided into four divisions, one of which is DESKLINE. DESKLINE specializes in actuators for ergonomic desks. In response to rapidly expanding sales, short supply of labor and limits to the footprint of the factory, the DESKLINE division has initiated a drive toward production automation wherever feasible. The factory processes have been optimized by introducing LEAN principles, and the production cells are operated in three shifts during peak periods.

The pilot project was initiated in response to the learnings from the first five automation projects where the capacity was added in addition to the current semi-automated production cells by adding fully automated cells based on robots. These projects were regarded a success in terms of reaching the production targets and quality required, but the duration of the projects was too long, and the costs rose from project to project due to increased complexity and higher requirements from LINAK.

The scope of the project was defined as the specification, design, sourcing, installation and commissioning of a robot-based automated production cell that can triple the current production capacity. The project was initiated by the head of the DESKLINE division, and the DESKLINE Operation Manager was appointed Project Owner. The project manager was chosen based on the criteria that he had run automation projects before and that he had experience working with the supplier for the project in question.

The supplier had supplied most of recent automation projects, and a key element to work with in the project was the customer/supplier relationship, which was rated as good but not necessarily efficient.

The three core elements of the Half Double Methodology, Impact, Flow and Leadership, were specifically tailored to fit the LINAK project as well as the supplier of the automated production cell.

Impact case and follow up on KPI’s to ensure impact: The two main drivers in the impact case was;

LINAK uses a standard financial model to evaluate investments in automation and other production improvements. This model uses payback time from project completion as the main decision criterion. It does not take into account the accumulated benefits during the project period and the earlier go-live date. The importance of this limitation of the model became clear when the CEO was asked to approve the preliminary impact case earlier in the project thereby accepting additional risk. The benefit of this early approval was an earlier project completion date, but this could not be reflected in the financial model used for the impact case. In the project, this challenge was solved in an elaborated dialogue between the CEO and the project owner.

In the initial workshops, a shared cost/benefit model for the project was briefly discussed but was not pursued further.

The core idea was to take a different view on project risk to accept more risks related to speed but accepting that the total cost of the project would not be fixed. Several important principles in the current project model were therefore adjusted accordingly.

In addition to the changed view on project risks, several other initiatives were taken to reduce time and at every weekly solution feedback meeting, new optimizations were explored.

Due to project participants’ allocation changing over time, at each new sprint it is evaluated who should be part of each of the interactions, i.e. solution feedback or daily standup. There are more participants than both LINAK and the supplier would normally select, as frequent interaction and feedback are the key to progress faster than normal on the project. Six key events were defined requiring only minor adaptions to the general Half Double Methodology. The biggest difference from other Half Double projects is probably the significant presence of senior members from the supplier in key events.

Pulse checks are carried out every two weeks including the same participants as in the sprint planning sessions with a maximum of nine respondents. The frequency was selected to fit the project heartbeat and the results are discussed at the four-weekly sprint review sessions and at one of the ‘plan next week session’ in between. This turned out to be a good frequency as the team can address issues and take corrective measures before challenges arise.

In the project team, the supplier is responsible for producing the deliverables, while LINAK is responsible for making decisions and creating the design specification. However, the two companies are located a three-hour drive away from each other and therefore have to take travel time into account when selecting and designing tools. Initially, the sprint plan was created on a physical poster with the entire team being present.

However, it soon turned out that active participation in the daily and weekly Skype sprint meetings were difficult for the LINAK team members. The team began to use a tool called Virtual Visual Planner (VVP) which is a digital version of a sprint planning board. This tool worked extremely well because it maintained the sprint structure and allowed all team members to modify post-its in real time while conduction the meeting using Skype. The tool is intuitive and requires no training to be used effectively – and can therefore be integrated into the project effortlessly. The tool supported the active participation of all team members as they are all able to add and modify their own post-its in real time. In the assembly phase, plans will be posterbased as the technicians have to have access without opening a computer.

LINAK’s project manager has engaged deeply with the supplier’s project organization and spent much work time at the supplier’s site. The resulting understanding of the challenges faced by the supplier opens for a trustful customer/supplier relationship where the focus is on moving the project forward and challenge design decisions where appropriate. Furthermore, this approach bridges the “them” and “us” mentality that can develop in a project of this kind.

LINAK’s project owner prioritizes the fixed events and is constantly driving towards the maximum impact. The project owner was chosen as he would be responsible for production afterwards and can make critical decisions fast related to the design and scope as well as judging risks. This power was put to good use in the project with key decisions taken directly at the workshops or right after.

The project financing and overall go/no-go decision was made at CEO level; the project owner was not mandated to change the financial evaluation model. The key challenge in the project is the objective of reducing project cost by a more efficient production at the supplier. As the project owner does not have a direct mandate, a close and trustful dialogue between the project owner and the leaders of the supplier’s project organization is required. And maybe a different contract paradigm.

Local translation and adaption to governance

The main elements of local translation are related to the fact that two companies are involved with a clear customer/supplier relationship but also a very clear agenda focusing on the mutual success. There are many similar projects in the pipeline and fast, efficient execution with maximum impact is essential for LINAK to meet market demands at a competitive price. The common understanding of this was established and has enabled the project to meet deadlines and targets so far.

A couple of stories from the pilot project at LINAK

Factory acceptance test – a story about quality, cost and staff travelling. Early on, it became clear that skipping the factory acceptance test (FAT) and pilot production at the supplier could significantly reduce project duration and potentially save costs if commissioning was smooth. However, this meant that the supplier’s key staff would have to spend more time at LINAK away from home and the cost of man hours would rise with travel and accommodation costs. The leadership teams at LINAK and the supplier agreed to find a solution to this with a shared risk approach, as cost for travelling and accommodation for LINAK’s employees would be reduced.

Visit to sub-suppliers – don’t accept standard lead time. It became clear that the lead time on a certain made-to-measure component was on the critical path and that this blocked a lot of other initiatives to reduce the total duration of the project. Instead of just pushing the supplier, the project owner visited the sub-supplier and discussed scheduling. This active approached resulted in a significant reduction in lead time and opened for other optimization.

We want to help you and your organization to accelerate projects and deliver increased impact and value. If you want to start your Half Double journey, and need inputs for setting up pilot projects, coaching or look into the benefits